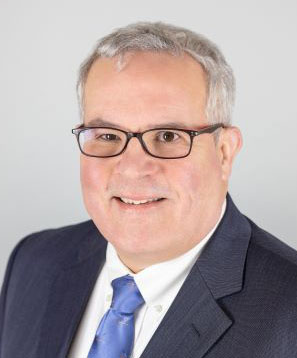 Matthew was born and raised in Taunton and a resident of Raynham. Graduate of Northeastern University.
Over 30 years of experience in financial institution management.

The story of FRMCU started with a Fall River firefighter, a state appointed finance board
and the impending threat of wholesale cuts in the pay of city employees.

The late Louis Shea, a son of a founder, recalled the beginning as related by his father.
"They began by using an old cigar box as a cash drawer and a locker at the Pocasset Fire Station
became the first vault," Shea explained.

From the beginning, helping members better their financial situation and knowledge
has been a priority of FRMCU, a member owned credit union.

The late Raymond Pettine, an attorney and counsel for the Credit Union and brother of a founder,
recalls the credit union officers buying 100 tons of coal in the off season and
selling it to members at a lower cost than the winter market price.
Not only did the members save money on the purchase of fuel;
the officers of the Credit Union had a truck and delivered the coal.

The early heritage of service to its members characterizes FRMCU today.
In the beginning, the men who ran the credit union knew their members.
There was a high level of trust and commitment to their members
and things are very much the same today.
A member's value is based on their character and is treated fairly.
It was typical of the spirit demonstrated by the original founders and
it is this spirit that continues to thrive today.

Although originally established as a credit union restricted only to municipal employees,
the credit union now enjoys an expanded charter.

Membership is open to virtually anyone living, working or going to school in
Bristol, Plymouth, Barnstable and Dukes Counties in Massachusetts and
Kent, Providence, Bristol and Newport Counties in Rhode Island and their family members.

Fall River Municipal Credit Union, under the leadership of the Board of Directors,
and the President and Chief Executive Officer, continues the spirit of its founders because
it strives to help its members and the community by remaining focused on them.

CU Wednesday presents financial topics and provides a forum for community programs
throughout the area to reach the WSAR listening audience.